Now that we’ve touched on training and different installation methods, let’s move on to the main event – which paint protection film should you choose?

If you’ve spent any time on trusty Google or car forums, you’ll soon come to realize that almost every big name in the paint protection film industry offers a similar package; a series of TPU-based film backed by a precut pattern system available to its installers and distributors. Assuming that you are just familiarizing yourself with everything PPF, how are you to differentiate one from the other and to choose a film that truly works for you?

To start with, even though each film promises to perform in more or less the same manner, there are, ultimately, some differences in how they install and react to weather and road conditions. Some films, for example, boasts an aggressive adhesive layer. Even though you might equate that with extended durability at first glance, it also means that the film will be harder to maneuver during the installation and is more prone to lift marks. Another downside is that as the film is being stretched during the installation process, the adhesive could distort the surface appearance of the film.

As frustrating as it might be, the truth is there is no way to know for sure if a film is everything you’re looking for until you try it out for yourself. By testing the films side by side, you will gain a much deeper understanding of how they fit into the way you install paint protection films, and how much they can endure under the conditions you have in mind.

In this regard, OnerPro has 100% confidence in our product, and we’ve even decided to give you a little preview.

Our Nexus+ series come with a groundbreaking anti-permeation feature that battles staining and discoloration with astounding results. That’s part of the reason why we are offering an unparalleled 15-year warranty on our film, making sure that our film will last as long as your car does.

Want to get your hands on a sample and test it out for yourself? Send us a message today! 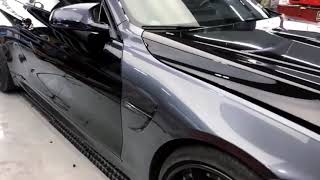